OpEd: A Biden presidency and “Gun Safety Plan” doesn’t mean an end to your dream AR-15 build, but an end to the American Dream 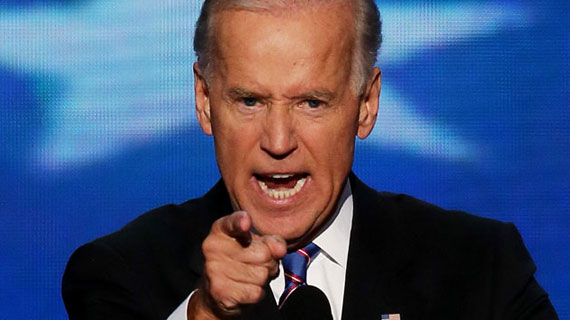 As the election looms and the disputatious attitude of two of our presidential candidates creates deafening headlines across the nation and our media in an almost reality show fashion, it is easy to forget about the policies that our future, or current President plans to implement. Former VP Joe Biden has released his Gun Control Plan for his presidency and the infringements are not only blatant and bold to an insulting degree, but are a clear cut attack on hard working American businesses and their employees.

The obvious far left ‘Gun-Grabbing’ policies are front and center. Biden states he intends to “Get weapons of war off our streets” and details his plan to not only ban the manufacture, sales and ownership of high capacity magazines (that includes you Glock Extended Magazine Base Plates), “assault weapons” (which we can only assume is any semi-automatic rifle platform) as well as implementing laws to prevent manufacturers from “circumventing the laws by making minor changes that don’t limit the weapons lethality” a dangerously vague statement that leaves open interpretation on what makes a firearm lethal. Does a pistol brace, variable optic or forward grip make a weapon more lethal? These are questions that remain unanswered. A common misconception is that the second amendment was implemented by our founding fathers to protect the firearms of farmers and hunters to provide for their family. This could not be further from the truth. The second amendment is to secure the American Citizen’s rights to own weapons of war. Thomas Jefferson stated in The Jefferson Papers on page 334: “No free man shall ever be debarred the use of arms. The strongest reason for the people to keep and bear arms is to protect themselves against tyranny.”  Biden’s flagrant use of open ended virtue signaling statements, villainizing law abiding citizens is dangerous, and does nothing but give the government more leeway to strip more of your rights from you and more importantly, to strip your defenses away from you and your family and dictate how you do so.

2nd Amendment infringements aside, the most despicable policy that Biden presents is his plan to “Prohibit all online sales of firearms, ammunition, kits and gun parts” as the COVID-19 Pandemic nullifies the stranglehold of brick and mortar stores on the market, and online sales skyrocket this will completely shut down tens of thousands of American Businesses, including Milspin. The National Firearms Trade Association reported that this year alone that 332,000 Americans are employed in the firearms industry with over 6 billion in federal and state taxes paid, that is 6 billion less in schools, police departments, fire departments and our military that will not be paid. In a time where businesses  are already crumbling, how can our economy afford to suffer that big of a hit? The American Dream by definition is the ideal by which equality of opportunity is available to any American, allowing the highest aspirations and goals to be achieved. For example, that two brothers can go fight for their country, then teach themselves a craft in a dark and cold building, eventually starting a business that hires over 20 people to provide for their family. Only asking in return, that the country they fought so hard to protect, in turn defends their interests. One of these presidential candidates intends to tear that dream to shreds.

How can Joe Biden so nonchalantly tell 332,000 Americans that their livelihoods and their families no longer matter? Joe Biden states that he wants to bring manufacturing back to the United States, but yet he intends to cripple the manufacturers themselves. We implore the former Vice President to walk up to the disabled veterans, the POC’s, the husbands, wives and fathers of Milspin that their skills no longer matter. Whatever your political stance is, left, right, center or anywhere in between, the intent to destroy your way of life is clear, all to instill a false sense of security in those who fear inanimate objects and those who wish to control your way of life. I am not villainizing anybody that votes for Biden in the upcoming election, all I ask is that when you submit that vote, you think of the 332,000 jobs that will be lost when that man strips the god given right to bear arms away from you. In such a tumultuous time in our nation’s history, with war ongoing after 20 years, a pandemic ravaging our communities and social divide killing our neighbors we need to come together and protect what is built, not tear down further. Protect your communities and protect your rights with every possible tool as if your life depended on it.


Manufacture Greatness and keep manufacturing alive in America, in every avenue.